When we launched a video meme maker five months ago, we named the website “Kapwing,” the sound of a bullet ricocheting off of metal. The word “kapwing” is an onomatopoeia, and you pronounce it with emphasis on the “pwing” (here's us saying it on YouTube). Now that Kapwing has blossomed in to a profitable video editing suite, we’ve gotten some questions about the name and some advice that we should change it. In this post, I’ll share what we considered when naming our tech startup and some takeaways for founders seeking names.

There is rarely a perfect name: We just haven’t been able to fall in love with any other name. The alternatives that we have come up with seem lame on comparable criteria, and there are tradeoffs to every decision in Startup Land.

Domain names are expensive: We had some ideas for other names, but many of our candidates are already trademarked or owned by other companies. The domain “Kapwing.com” is affordable at only $10/year, and affordability is a high-priority for a self-funded company.

Once you start with a name, it’s hard to switch: All of our growth so far has been through SEO, and we’re already ranking high for high volume queries like “meme maker” and “resize video." Changing the name of our website would require migrating to a new domain, and since Google’s algorithms depend primarily on links from other sites we would start from square one in terms of our Search ranking. That’s a big risk when we need revenue to pay our own living expenses.

A name doesn’t matter that much in consumer SaaS: I love the name Kapwing, and some advisors and investors really don’t. But I’ve never had an actual user tells us the liked or disliked the name of our tool. It seems like every business person I talk to has an opinion about the name, but I’ve gotten tens of thousands of messages from users and not a single one has expressed love or hate for the name. "Kapwing" merely seems to do the job, and that’s fine with me.

An email from an advisors, not a user: 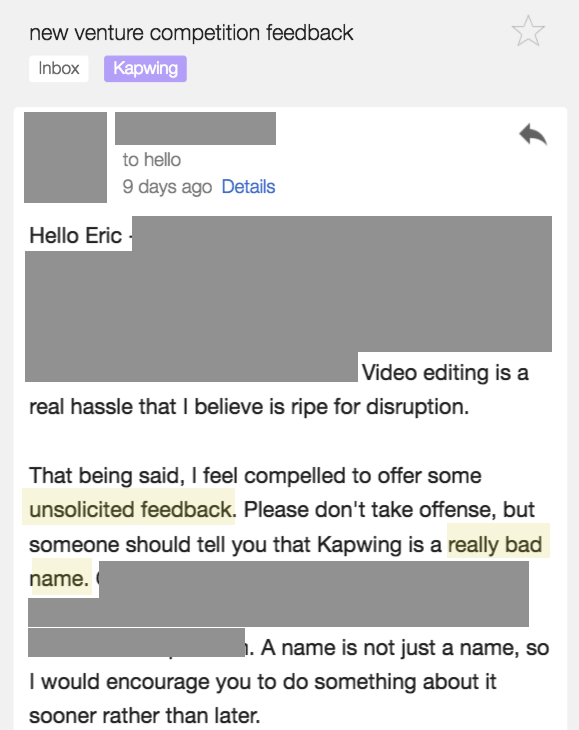 What do you think about the name "Kapwing"? Do you like it, feel meh, or hate it so much you think we should change it? Have any better ideas? I'd love to hear your thoughts about our name on Twitter or at [email protected].

Thanks for reading! Keep following the Kapwing blog as Eric and I fight to keep growing our user base and building the best video editor on the web.

Hear more about our journey as a scrappy media startup.

In the last two years, I've named eight different websites and side projects. It turns out, naming a startup is a lot harder than advice articles make it seem. In this post, I’ 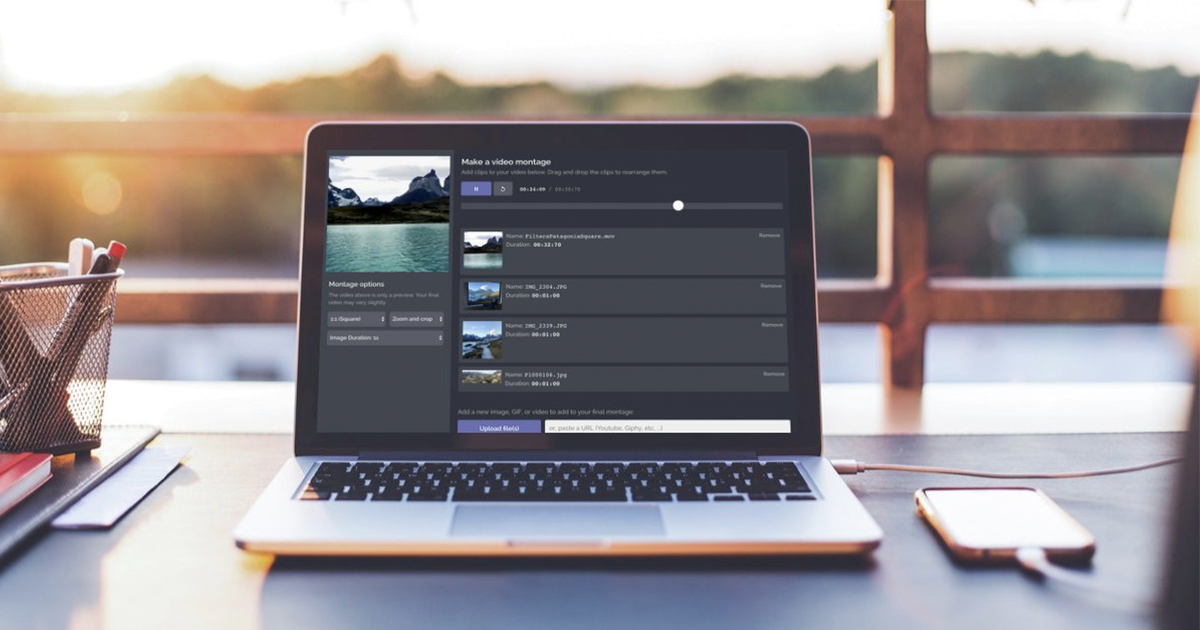 "Video editing" is a broad, overloaded term. Video editing software helps creators with complex tasks like pixel adjustment and simple tasks like making a meme. We think that one of the basic functions