When reading and analyzing a book in English class, it’s important to consider the main characters: their traits, philosophies, and personal changes throughout the story. Characterization - the relationship of a character's traits and their actions -helps readers understand the plot and relate to fictional characters. However, it takes practice for students to identify implied characteristics in a text and summarize a character's qualities.

Students can develop their characterization and summary skills by creating a character starter pack. Starter packs are a relatable, popular multimedia format where the creator groups together images, text boxes, GIFs, screenshots, and more on a digital canvas to represent a theme, person, or subculture. When students create a character starter pack or character summary, they curate a collection of media that represents the character's most important attributes on one surface. Students to find characterizing details, represent them visually, and share the collages with peers for an "at a glance" summary of their character.

In this article, I explain how to use Kapwing’s Studio to help students create starter packs for any character in a novel. As an example, I’ve created a starter pack of Draco Malfoy from the Harry Potter series. This is what a starter pack looks like when it’s done!

Students may already be familiar with the "Starter Pack" format from Reddit or social media. To get them started, show them a few examples of character starter packs and talk through characterization. Then, direct them to kapwing.com/studio to get started. Students don't need to pay anything to use Kapwing, but they will need to sign in to save their work as they go.

CCSS.ELA-Literacy.CCRA.R.3 – Analyze how and why individuals, events, or ideas develop and interact over the course of a text.

There are six easy steps you can follow to create a starter pack of your own for English class!

For a project in an English class this could be an assigned character or one you choose yourself from a book you’re reading. I chose Draco Malfoy because Harry Potter is one of my favorite book series, and there are many interesting elements of Malfoy’s character that I could add to a starter pack.

This part will require some research and critical thinking, and is what makes the starter pack such a great opportunity for students to learn more about the character they are considering. Browse through media online to find characterizing details, symbols, and motifs that represent that character at a glance. Some elements that students could consider including:

Since I haven’t read Harry Potter in a while, I spent some time researching Malfoy’s character development across the books and thinking about how I could represent these aspects in images, text, or GIFs. Start out with a list of visual elements that you might want to include.

Once you have a few ideas down for how you want to represent your character in the starter pack, you can start creating it! Go to the Kapwing Studio and open a blank canvas. Click the "Resize" button to expand the canvas. Starter packs usually have a white background, but you can also change the background color to one of your choice.

Use the text feature at the bottom of the Studio page to add your first piece of text, the title of your starter pack. I titled mine “the draco malfoy starter pack.”

Now take the character attributes that you brainstormed in step two and find ways to incorporate them into your starter pack! Here you have a ton of creative freedom to selection images, GIFs, quotes, screenshots, and whatever else you want to help convey meaning. Here are some examples of things I added to my example starter pack.

While some of these quotes might seem randomly selected, I chose these elements to represent different aspects of Malfoy’s character and comment on how he developed throughout the series. For example, the quote “I haven’t got options! I have to do it! Voldemort will kill me!” comes when Malfoy stands at the top of a tower at Hogwarts, about to kill Dumbledore. This quote demonstrates the internal conflict that Malfoy is feeling at the time and it becomes clear to the reader that he doesn’t want to kill Dumbledore, but he feels like he has to in order to survive. This opens a door to the possibility that Malfoy has beliefs different from his family, and deep down wants to be good.

Students can find images using the "Images" library or search through Google Image Search to import things into Kapwing. They can also upload saved media from their computer or phone.

Once you’re satisfied with your starter pack, you can click "Publish" in the top right corner of Studio to export it. From there, you can download the starter pack or go back into Studio to make edits if you want to. Students can saved share the file directly or share the URL.

There are tons of other ways to get creative with start packs in ELA classes, and they are a great way to allow students creative freedom while thinking critically about the characters and themes of different books. Be sure to tag @kapwingapp with your class creations!

This article is part of a series featuring educational tutorials and lesson plan inspirations for K-12 classrooms! Want to see more? Check out the Kapwing Resources Page! 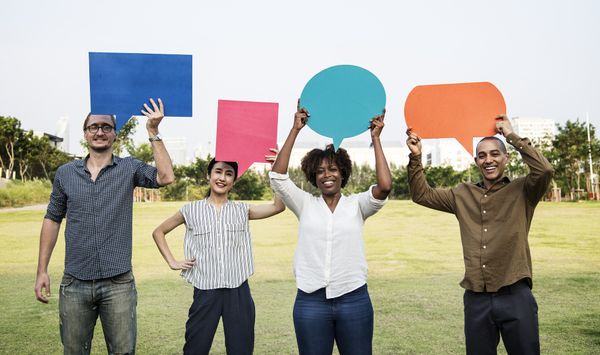 Many of us struggle with public speaking! It’s natural to get up in front of a room of people and suddenly feel like you want to melt into the ground, forget everything you had to say, or pepper your sentences with the dreaded “UM”. 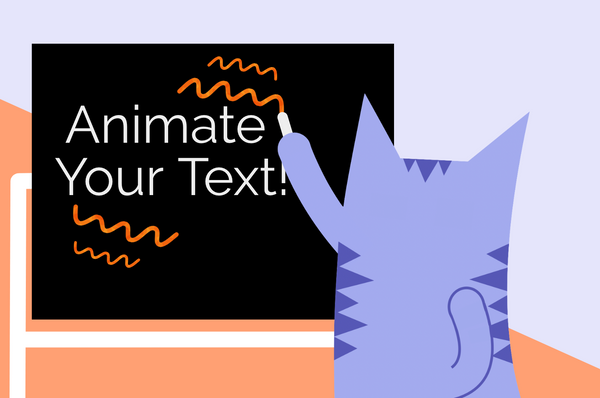 Today, up to 85% of social media viewers watch videos with the sound off, so videos without text often go ignored in their timelines. In this article, I’ll show you how to add custom text animations to your videos for free with Kapwing!